The Hague // Albania justice reform “of historic and unprecedented magnitude”

Reforms of the justice system in the Republic of Albania were described as “revolutionary” and “courageous” by Dutch experts participating in a roundtable discussion in The Hague.

The Embassy of Albania to the Netherlands and the Center for International Legal Cooperation (CILC) organised the roundtable “Rule of Law Reform in Albania and the Dutch/EU contribution” in The Hague on 23 May. During the roundtable, rule of law related reforms in Albania were discussed with regards to their alignment with chapters 23 and 24 of the EU acquis.

After the re-election victory in June 2017, the Albanian government led by the Socialist Party and Prime Minister Edi Rama launched a series of reforms designed to pave the country’s road towards EU membership. Albania has made important progress towards the implementation of a comprehensive justice reform package aimed at increased professionalism, efficiency and independence of the judicial and prosecutorial systems.

The results of these joint efforts have been recognised by both European Union institutions and EU Member States. The Albanian “model” is currently perceived as a good-practice template for the implementation of justice reforms across the Western Balkans and EU neighbourhood countries. With its reform programme up and running, Albania has moved even beyond reforms undertaken by some EU member states. “The Albanian reforms are by no means cosmetic and can be considered a courageous effort, unique in its field” stated Robert Bosch, former head of the OSCE mission in Albania and moderator of the CILC roundtable. 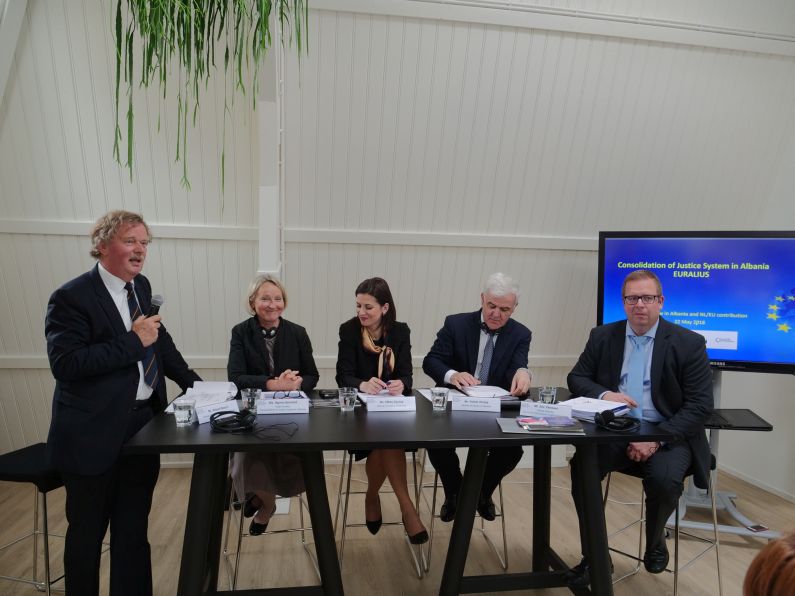 Responding to questions, the panel made it clear that Albanian civil society organisations were fully consulted on the changes through a process institutionalised as a major part of the reform programme, demonstrating the advanced stage of the nation’s democratic reforms. Observers have noted that Albania’s justice reform programme was the key element that convinced the European Commission to recommend the opening of accession negotiations with Albania.

Albanian Justice Minister Etilda Gjonaj said: “In our country the legal system has to be built from the ground up. Not everybody trusts it and certainly not everybody wants to embrace a new legal system as they have much to lose. Hence revolutionary change in the legal system in Albania has not only to do with laws and rules, but also with hearts and minds.“

Ms Gjonaj continued, “We are proud that a roster of respected Dutch legal experts and academics, plus the CILC team have assisted our government with the transformation we are engaged in now and in which we have already made so much progress. Without the help of other countries our government and civil service would not have been able to implement changes at the current pace.” 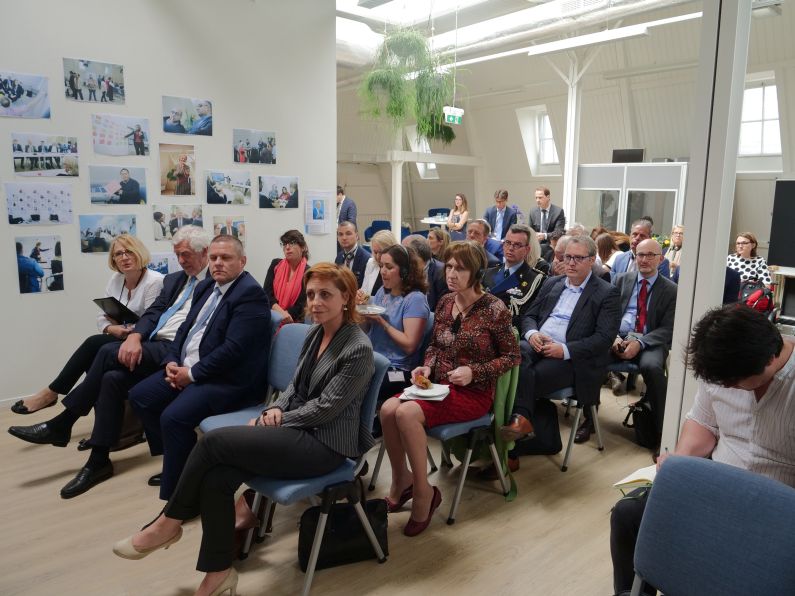 Eric Vincken, deputy director of CILC who led the team of Dutch experts, stated that “legal reform in Albania is of historic and unprecedented magnitude. It has never been done before in such a comprehensive way. Addressing almost all elements and chapters of the Albania legislation. We applaud that Albania will soon have a Cooperation Agreement with Eurojust, enabling the deployment of a Liaison Prosecutor in The Hague as well as Albania’s active membership in other international legal platforms and its efforts to become a full participant in the global legal ecosystem. Opening negotiations with Albania regarding EU membership will embed all progress made and will stimulate the government and other parts of the legal system to continue on their path of renewal and reform.“

Fatmir Xhafaj, Albania’s Minister of the Interior, and Ms. Agnes Bernhard, resident EU team leader, also shared their views on the successes and challenges faced by Albania in advancing the reform agenda.

CILC’s Mr Vincken said the formal opening of accession negotiations with the European Union is imperative for the enhancement of these transformative processes in Albania and a crucial stepping stone for long-term success.

***
CILC’s cooperation with Albania started in 2008, when Albania was one of the countries of a regional Western Balkans project to support the reform efforts in the area of enforcement of civil judgements. In the framework of this Dutch government funded project CILC supported the establishment of the Albanian Chamber of Private Enforcement Agents. The reform in the area of enforcement law was further supported during an EU funded Twinning project implemented by the French-Dutch consortium. From September 2014 until March 2018, CILC represented the Netherlands in the consortium implementing the EURALIUS IV project and as of 1 April 2018 the EURALIUS V project. Finally, as of 2011, CILC has been part of three consecutive regional EU funded projects focusing on cross-border cooperation in fighting organised crime and corruption. The present project ‘Countering Serious Crime’ implemented in cooperation with the German GIZ and the Italian Ministry of the Interior, started on 1 January 2018 and will continue for 24 months. The backbone of this project is the deployment of a so-called Embedded Country Team, including in Albania, consisting of EU Member States’ seconded prosecutors and EU resident police advisors, physically located in the Serious Crime Prosecution Office and the Albanian State Police, who provide permanent advice and coaching to their Albanian colleagues in the fight against cross-border organised crime.