After more than two years of preparation, the EU funded Twinning project “Improvement of the Enforcement System in Albania” kicked off at last on 30 June 2015. The project officially started on 29 April 2015 and will last until 29 October 2015.

The project comes just at the time of a large scale legislative reform process which will most likely also effect the Albanian enforcement system. This system consists of two parts: the state enforcement system through the Directorate-General for Enforcement under the Ministry of Justice and the private enforcement agents through the Albanian Chamber of Private Enforcement Agents. These two institutions will also be the main beneficiaries of the Twinning project. On the side of the European Union Member States France (through Justice Cooperation Internationale – JCI) and the Netherlands (through the Center for International Legal Cooperation – CILC) joined their forces. The Albanian Chamber of Private Enforcement Agents is a member to the Union Internationale des Huissiers de Justice (UIHJ) since May 2012. As a result, UIHJ though its Secretary Mr. Jos Uitdehaag as Twinning expert will be actively involved in the implementation of the project as well. 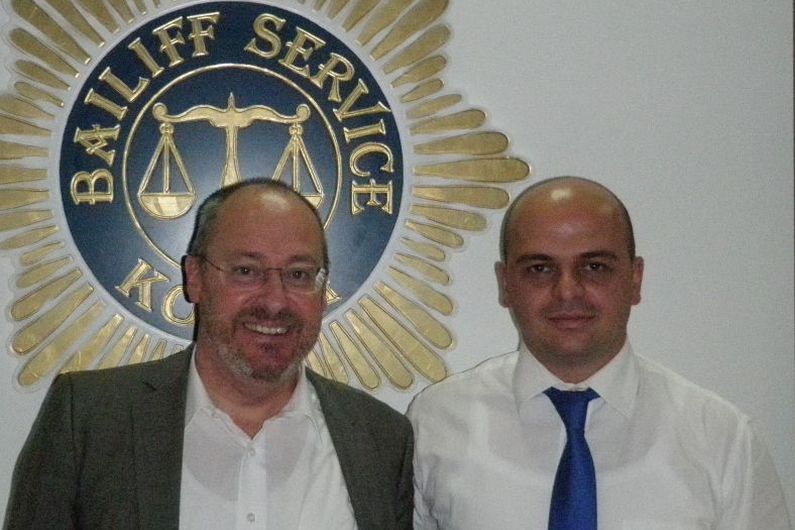 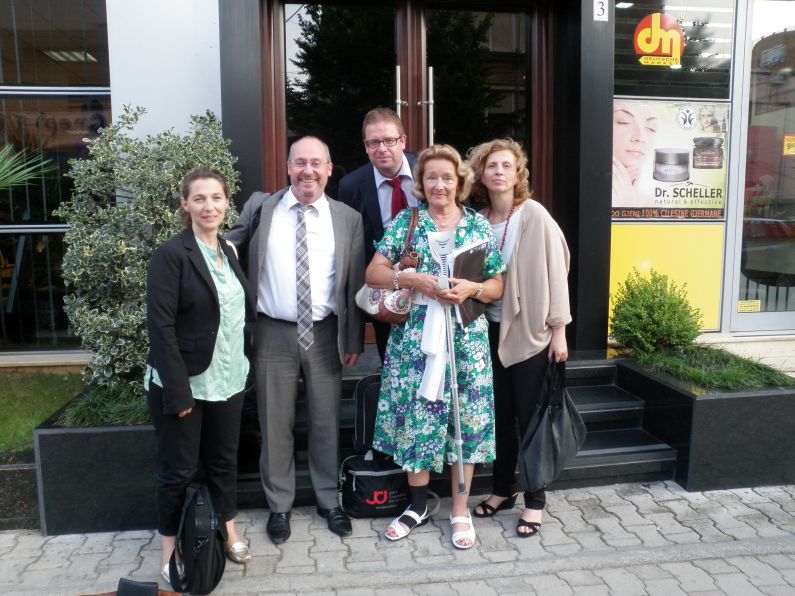 In addition to the kick-off event, a first mission of CILC project experts to Albania took place between 29 June and 3 July. This mission focused on the legislative, organisational and institutional framework of the Albanian Chamber of Private Enforcement Agents. Furthermore, the planning of the project was discussed during a management meeting between the two Project Leaders (Ms. Sylvia Ceccaldi-Guebel on behalf of France and Mr. Eric Vincken, CILC Deputy Director, on behalf of the Netherlands), the Resident Twinning Advisor Mr. Dominique Durand, JCI Director of Operations Ms. Cvijeta Jekic and JCI Project Manager Ms. Catherine Brou.

← Inside CILC: legal capacity building as perceived through the eyes of an expert in CILC projects (I) 30 years CILC // Interview with Rosa Jansen published under CILC stories →