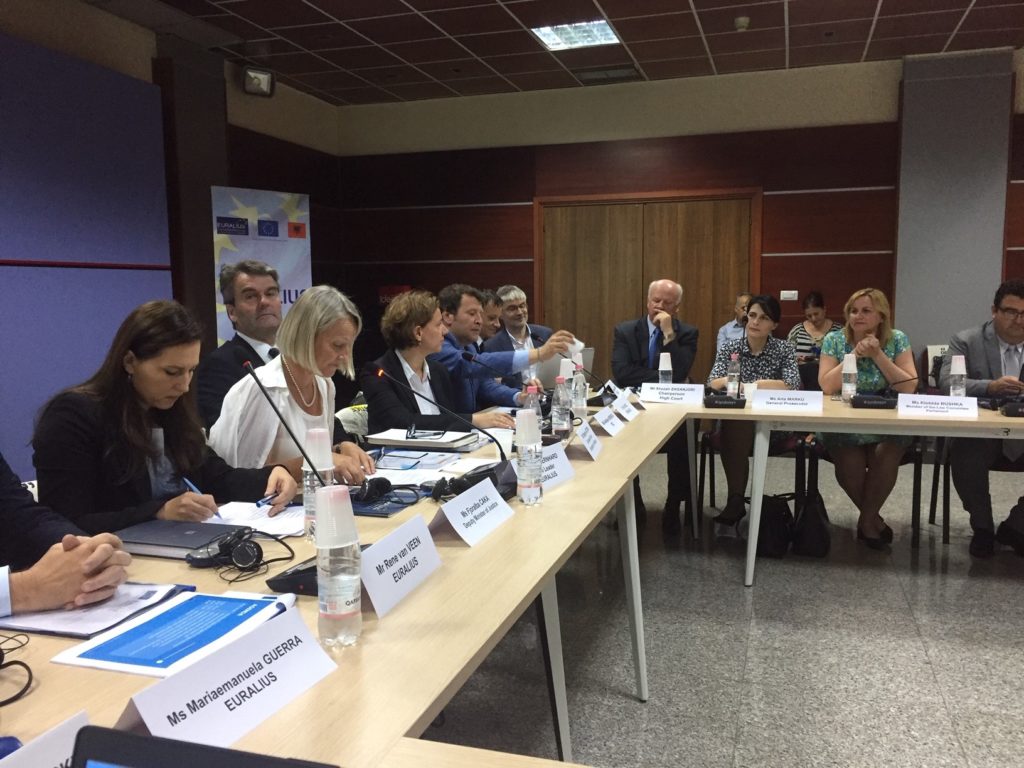 On 24 July 2019, the Third Stakeholders meeting of the EURALIUS (Consolidation of the Justice System in Albania) V project took place in Tirana. At the stakeholders meeting, representatives of all key Albanian institutions of the justice sector discussed the progress in the project in the same week the third anniversary of the judicial reform process was celebrated, as exactly three years ago the amendments to Albania’s Constitution were adopted that layed the ground for a deep and comprehensive judicial reform. Although the vetting process of the Albanian judges and prosecutors is still going on, institutions as the High Judicial Council and the High Prosecutorial Council could be established a couple of months ago and the project is intensively supporting these councils and other institutions with the elaboration of by-laws, regulations and strategies. Recently, also a new bailiff law was elaborated and adopted with the support of the project. Although a lot of challenges in the implementation of the judicial reform process still lay ahead, representatives of the Ministry of Justice, the High Court, the General Prosecutor’s Office, the already mentioned  two councils, the Justice Appointment Council, the School of Magistrates and other institutions sincerely thanked the EURALIUS V team and the consortium implementing the project for its hard work and called for further support in the future.