Bosnia // Cooperation with the Cantonal Prosecution Office of Sarajevo

Cooperation with the Cantonal Prosecution Office of Sarajevo is appreciated.

On 8 September 2021, CILC Deputy Director Eric Vincken and National Legal Advisor Kenan Henda visited the Chief Prosecutor of the Cantonal Prosecution Office (CPO) of Sarajevo Ms. Sabina Sarajlija and discussed the progress of cooperation in the framework of the Netherlands Government supported project “Strengthening the fight against Corruption in Bosnia and Herzegovina”. The backbone of this project is the deployment of a team of a Dutch prosecutor (in the first 16 months of the project on a full-time basis and now on a part-time basis) as International Advisor and an experienced senior local lawyer as National Legal Advisor to the CPO. Although the main aim of the project is to improve the efficiency of investigations in corruption cases, the project is also cooperating with the CPO Sarajevo in other areas that will strengthen the efficiency of the CPO as an institution, like internal management and communication, case management, cooperation with the courts and law enforcement agencies, coordination of donor efforts, etc. During the meeting, the Chief Prosecutor praised the team and the project for its flexible and pragmatic approach and thanked the Dutch Government, through the Embassy in Sarajevo, for its financial support. The current phase of the project will run until 30 April 2022, but both sides have already expressed an interest to continue the cooperation after that date. 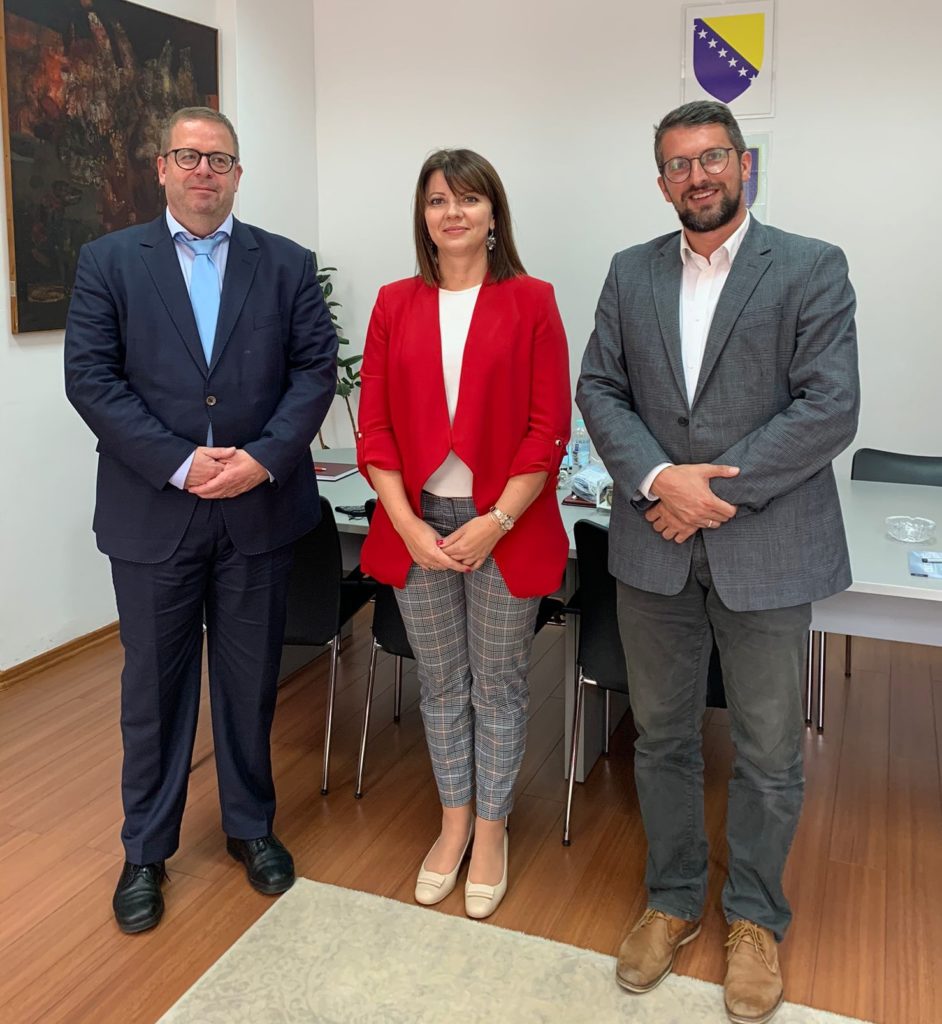