On 17 October 2011, the kick-off meeting for the new Twinning project “Better Enforcement System Through Twinning (BESTT)” took place in Tbilisi.

In the Twinning project “Better Enforcement System Through Twinning (BESTT), two EU member states – the Kingdom of the Netherlands through CILC and the Kingdom of Sweden through the Swedish Enforcement Authority –  work together as implementers and partners for this cooperation programme with the National Bureau of Enforcement of Georgia (NBE). Furthermore, the project will be supported by the International Union of Judicial Officers (UIHJ) and the French École Nationale de Procédure. 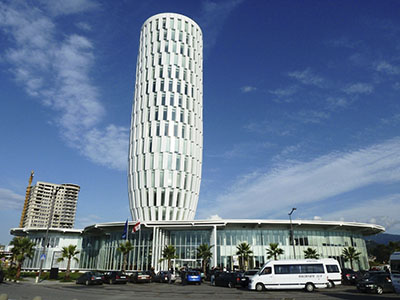 The aim of the project is to further enhance the functioning of the Georgian enforcement system through the strengthening of the NBE. The implementation of this 18 months project started on 1 September 2011. The project foresees consultations between representatives of the Twinning Partners, working group meetings, training sessions, engagement of international and local experts on legislative and administrative aspects of the profession, as well as trainers. Furthermore, three study visits (to France, the Netherlands and Finland/Estonia) will address a number of selected but interrelated issues connected with the following: the enhancement of the legislative and regulatory provisions applicable to the civil, commercial and administrative law and procedure with regard to enforcement; the enhancement of human and administrative capacities for training of local trainers,  training of the NBE spokespersons; and ensuring better public understanding and perception of the enforcement system in the country and the role of the NBE.


Development of Enforcement Legislation in Georgia