“For CILC I want to focus on doing the right things and be a counterpart to peers from both sides. You have the overview of both systems, they often do not. You speak each other’s languages, they often do not. You have insight in both contexts and legal reasoning and understand what the expert wants to channel to his colleague”. Abdeljalil Taktak (b. 1964), a senior project manager, is the second among CILC staff, experts and other stakeholders to be featured in a series of articles about the organisation. He takes us into a more in-depth reflection on how CILC carries out its activities in various countries and how, with its authentic approach to legal capacity building, it continues to remain relevant after 30 years.

“No matter whether I am in Ethiopia, Turkey or Morocco, I want to grant people exactly what I am granting myself: the very best. Therefore, when I am in one of the countries of our projects, my credo is ‘do the right thing’ as opposed to ‘doing things right’, which is how the majority of consultants carrying out projects in those countries work as they tick boxes”.

To Taktak, who started his activities for CILC in 2000 and currently focuses on the Middle East and North Africa (MENA) and Turkey, it is important that he is doing the right things in those countries and contributes to the best possible legal environment, practices and processes. “What you want for your own country, you should aspire elsewhere too. When the Ethiopian Minister of Capacity Building asked me ‘Why do you want this?’ I told him ‘because I consider you to be my equal and equal to Europeans, I want you to have the same as my Dutch colleagues and I have. I have no idea why you would have a second or third best system and someone in the Netherlands would have the best. If the best option is in Germany, get it from there, if it’s in France, go there to get it and if it’s in the Netherlands, come collect it from there. But do grasp it. Not for me, but for yourself, and for the sake of your own nation, your own children’.”

Taktak emphasises that he does not merely replicate the Netherlands legal system. If the best suited model in a given situation is not Dutch, he would not advocate for the Dutch one. Taktak:

“The Netherlands is excellent at court management, something I would wholeheartedly propagate worldwide, since I want countries such as Morocco, Turkey, Ethiopia, Tunisia and Azerbaijan to be inspired by the best system. For them to be able to pick it up we ought to be open and driven and be prepared to tell the entire story to grant the beneficiary country the best, establish a strong base from where to take off on its own and not make it dependent on our advice. On the side of the receiving country, it also requires openness and political will and the ability to take it from there, which is sometimes lacking. In that case, one should assist them, without being paternalistic, but in a manner that matches their culture and situation and helps them to grow.”

Taktak acknowledges that this approach does not leave him without challenges in the countries of his projects. “For example in Turkey, we are dealing with a delicate topic i.e. the relations between the judiciary and the media. Sometimes I have to stand up and say things that might be seen as confronting. I do it in a diplomatic manner and I take into consideration the country’s protocol hoping that our ideas will be accepted and lead to fruition.”

Taktak moved to the Netherlands in the early 1990s to pursue a post-doc at the University of Amsterdam. After completing academic degrees in international law and consecutive translation, an academic scholarship from the former Soviet Union brought Taktak to Moscow when he was only 23 years old. Taktak had to adjust to climatic and cultural differences: “I went from the dry 35 degrees Celsius in the south of Tunisia to experience for the first time in my life snow at minus 20 degrees during eight months of the year. It gave me the fright of my life.” Nevertheless, this period at Moscow State University was quite formative.

Before applying for the job of project manager at CILC in 2000, Taktak worked for the Dutch Refugee Council and Amnesty International. His first portfolio for CILC was the Caucasus. He expanded this portfolio to include Azerbaijan, Turkey and several African countries which Taktak, with his Amnesty background, considered CILC should be active in but was not represented at the time. 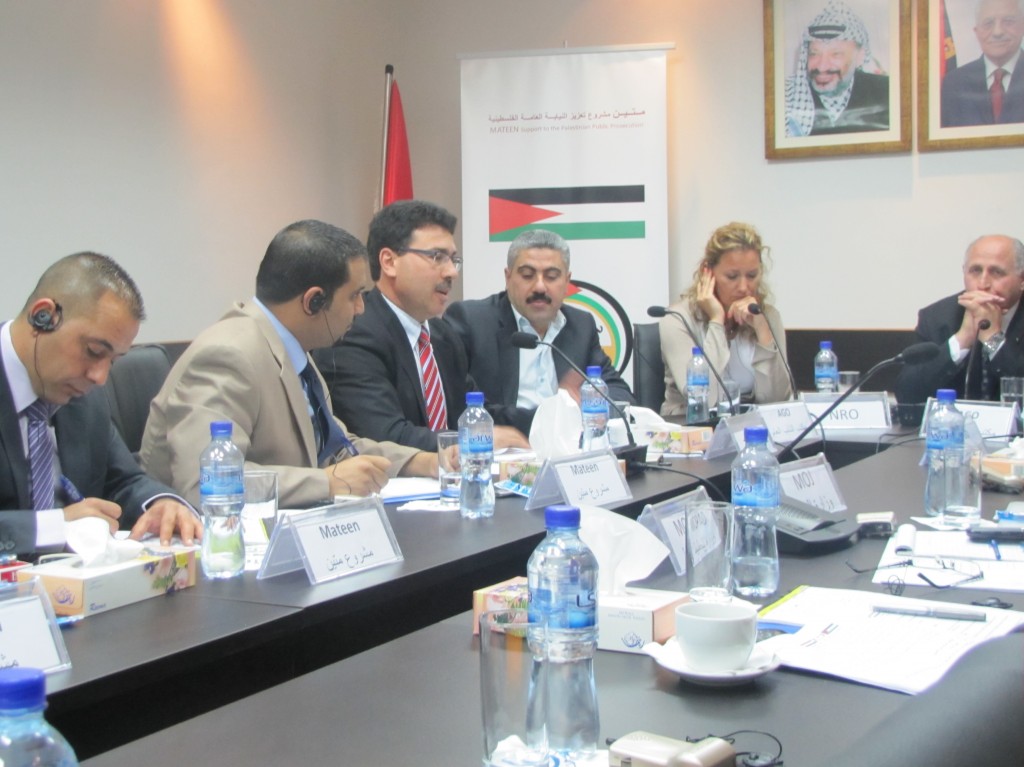 Taktak perceives his role at CILC to be that of a counterpart, both for the receiving countries and for the participating foreign experts. “You can be an outstanding judge or prosecutor in your home context, but if you are joining a project in another country as an expert and you have to tell your story there, you need a bridge between your colleagues and you, to establish the link. The counterpart can explain what you mean with your experience in the Dutch legal system and how this relates to the system of the beneficiary. In this system, perhaps nothing has been prepared for the local prosecutor, who has to draft a document by himself, whereas his Dutch colleague only has to press a button for a form to emerge from the IT system to be signed”. According to Taktak “Just like the judge or prosecutor, who are both part of the justice family, you are part of it too, except that you perform a different role, adding your expertise in various ways. You have the overview of both systems, they often do not. They do not speak each other’s languages but you sometimes do. You have insight into both contexts and legal reasoning, which puts you in the position of understanding what the expert wants to channel to his colleague”. 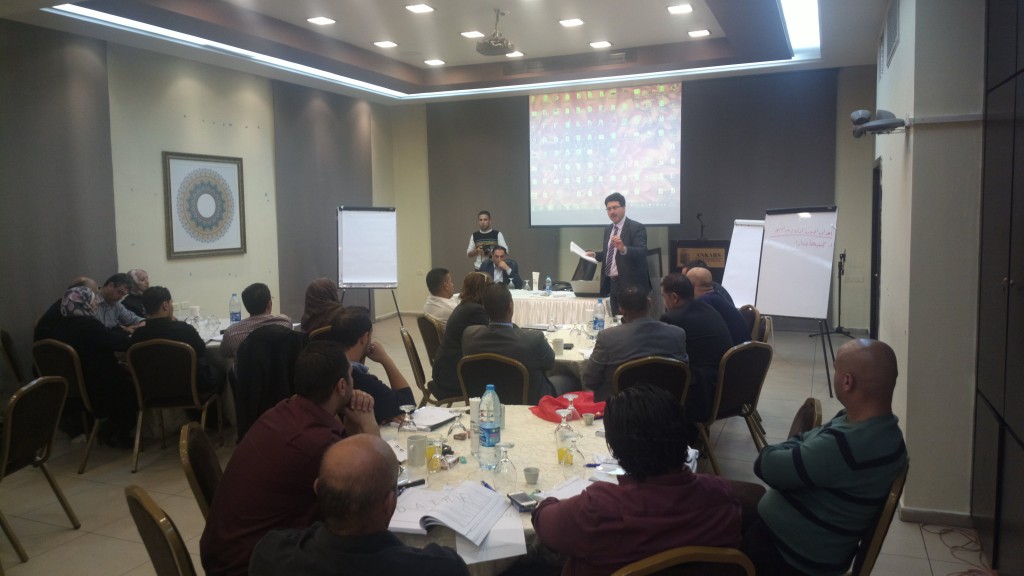 Taktak started for CILC with projects in the Caucasus and expanded his portfolio with Azerbaijan in 2009, with a project on the introduction of administrative law. Taktak: “Azeri government officials had noticed that we had assisted Georgia with administrative law and inquired whether we could do something similar in their country as well. From the Dutch side, the team included the revered professor Mr. Scheltema, our ‘godfather of administrative law’, together with German experts from the University of Bremen through the German Gesellschaft für Internationale Zusammenarbeit (GIZ) and legislation experts from the Azeri Ministry of Justice and the Parliament”. According to Taktak, the Azeri’s knew exactly how far-reaching their administrative procedure code should be. “The German and Dutch experts provided assistance and advice, article by article and law section by law section during the various consultations in Bremen, Baku or The Hague. Sometimes we would not manage to reach an agreement and at that point I would stop the process and continue in Russian, explaining the opinion and advice of the international experts and the legal impact thereof. The Parliament of Azerbaijan approved the law in its third reading and Azerbaijan now officially has administrative law”. Proudly, he adds: “By now, a citizen can file a complaint against an administrative organ such as the municipality. This is special in the Azeri context.”

Taktak says he regrets that the donors did not fund a follow-up project, just when a discussion started on whether Azerbaijan should introduce separate administrative jurisdiction or incorporate it in the mainstream judiciary. Taktak: “We did train the first appointed administrative judges, but then we had to leave”.

In Taktak’s view, the Dutch government should focus its legal development cooperation on specific geographic regions, with specific goals. He feels that it is not a good outcome when the Netherlands decides to discontinue a project after three or four years and to shift the focus from the justice system or the rule of law to for example health care. Taktak: “After having carried out a project, one creates expectations. A country wants to learn more about the Dutch legal system. One could use this by providing access to the right expertise to help them progress further.”

This is also where Taktak envisages opportunities for the Netherlands and of course for an organisation such as CILC:

“I foresee many opportunities for CILC, as long as we stick to our approach: focus on the substance and on doing the right things as opposed to doing things right. CILC should not join what I call the ‘travelling international circus’, moving from one crisis spot to another. In my opinion, it is much wiser to invest long term in a country and help build the legal structures and expertise, up to the final slate in the roof, so to speak, even if it takes 20 years. Using such an approach, one creates goodwill and long-lasting relationships in addition to a sustainable justice system in the beneficiary country.”

Taktak is convinced that the CILC raison d’être holds up after 30 years. “All our successes did not fall, like the French say, with the rain of yesterday. They are long-lasting results, on all fronts.” But he warns, referring to a slogan he recalls having seen when he newly arrived in the Netherlands: “Those who sit on top of their success, will soon sit next to it.” Taktak: “In order to remain successful we should stick to our formula and promote the unique highlights of our Dutch system: a modern Civil Law code, excellent court management, our system of legislative and pro-bono lawyers, execution and sequestration law. This is where I envisage opportunities for CILC.” According to Taktak, CILC should continue to invest in and expand its network of experts in these fields, to be able to channel knowledge and remain a reference for the Netherlands legal cooperation with the world.

On to the second part of this interview…

← Indonesia // How to deal with hundreds of new judge candidates? Morocco // Support to the National Council of Human Rights →