A 24-month project to enhance integrity within the Kosovar judicial and prosecutorial systems started on 1 December 2016. The project has been initiated at the request of the Kosovar Prosecutor-General Alexander Lumezi to the Netherlands Ambassador in Kosovo. CILC will cooperate with two Kosovar NGO’s, the ‘Kosovo Democratic Institute’ (KDI) and the ‘FOL Movement’ (FOL) in the project. Beneficiaries of the project will include the Kosovar judges and prosecutors, represented through the Kosovo Judicial Council and the Kosovo Prosecutorial Council, and of course ultimately the Kosovar society at large.

The project, which  is the first CILC project exclusively dealing with integrity and anti-corruption issues, will be funded by the Netherlands Embassy in Pristina. The embassy has been actively involved in the development of the project. The central point in the project will be to conduct so-called “Integrity Scans” for both the judicial and the prosecutorial system. Following the two Scans, targeted trainings on integrity issues will be conducted through the Kosovo Judicial Institute; a long-lasting CILC partner in Kosovo. The Codes of Ethics for judges and prosecutors will also be upgraded and promoted. Finally, mechanisms to deal with integrity cases in which judges and/or prosecutors will be involved will be strengthened. 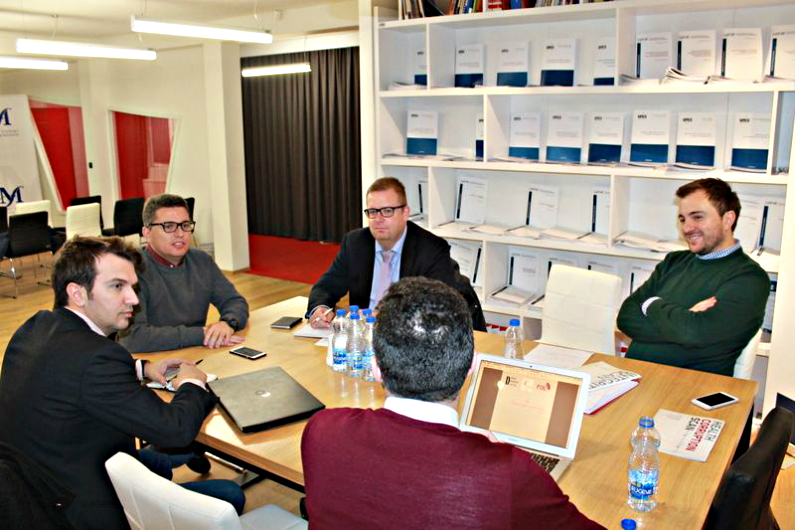 Representatives of KDI, FOL and CILC discussing the project