On 15 February the Kosovo Twinning project team came together at the Netherlands Stichting Studiecentrum Rechtspleging (SSR) – the Study and Training Center for the Netherlands Judiciary in Utrecht. In the framework of the project “Further support to legal education reform” presentations were given about the initial training for prosecutors and judges in The Netherlands and also the collaboration in the project was discussed.

On 16 February a meeting was held at the CILC office in The Hague on the “Further support to legal education reform” Twinning project in Kosovo that started on 1 February 2016. 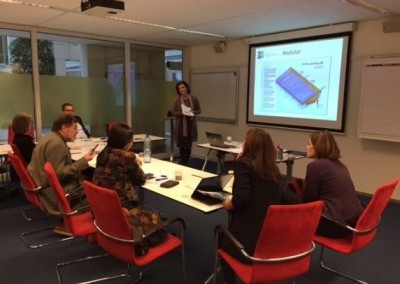 ← Montenegro // The practice of implementing community service sentences Indonesia // The costs of a court-case; how to finance the judiciary? →