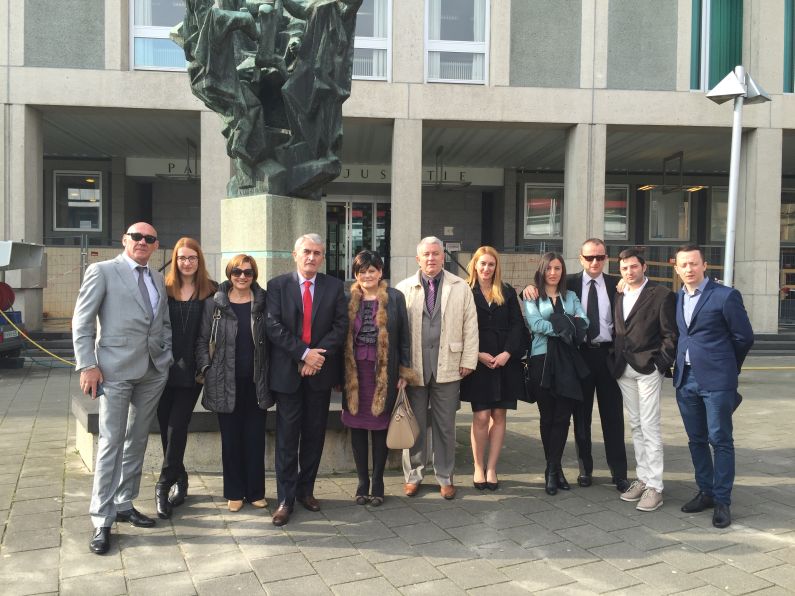 Montenegrin delegation in from of the Palace of Justice in Arnhem

Between 11 – 15 April a group of 12 Montenegrin legal experts – criminal judges and probation officers – paid a visit to the Netherlands. The goal of this visit was to get an insight into the use of alternative sanctions in the Dutch criminal justice system and the organisation of probation work. Theoretical discussions at the headquarters of the Dutch Probation Service in Utrecht were complemented by on-site visits to community service projects in Amsterdam. These provided the group with a real look-and-feel of the Dutch implementation of community service sentences.

On Thursday 14 April, the Montenegrin delegation paid a visit to the Palace of Justice in Arnhem to discuss pre-trial and on-trial probation information and the use of conditional sentences and community service sentences by Dutch judges. The group got the opportunity to sit in on two court hearings, and the subsequent discussion of the cases revealed the main differences between the Dutch and Montenegrin practices. A major difference in imposing community service sentences is the aspect of asking for consent of the suspect. In Montenegro this is mandatory – the legislator introduced this element in an effort to avoid forced labour. As an unwelcome result, the suspect can get the impression that (s)he can strike a bargain in the court room, which undermines the perception of the community service sentence as a real penalty.

Another important topic in the discussion between the Montenegrin and Dutch judges was the punitive measure as such. What kind of sanctions are used for the most common offenses and misdemeanors? Dutch judges often resort to a list with so-called ‘orientation points‘ for punitive measures. During a next working meeting in Montenegro on 24 and 25 May this practice will be further discussed.

Montenegro is committed to further strengthen its system of alternative sanctions. The probation officers are being given time to enroll in training and coaching sessions, and the Ministry of Justice of Montenegro is actively exploring opportunities for opening a second probation office in Bijelo Polje. CILC and its partner NHC are supporting the further development of the probation service and the use of alternative sanctions in Montenegro. 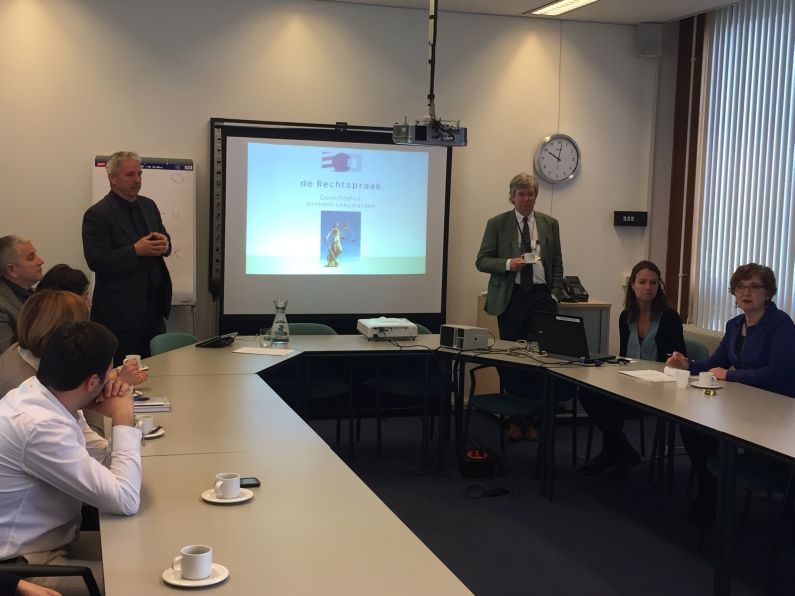 Member of the Board of the PoJ Mr. De Groot (left) and Justice Mr. Wery 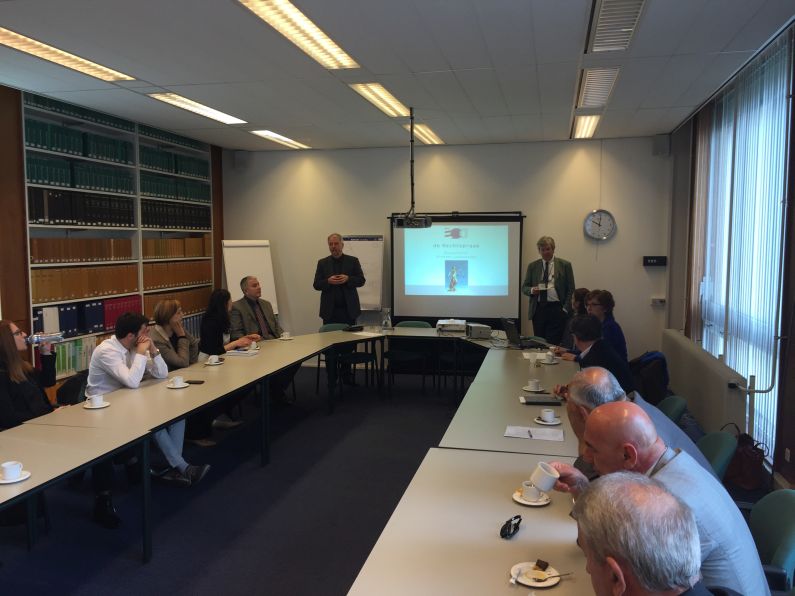 ← Inside CILC: An EU seconded prosecutor in the Balkans WBPN // Cooperation agreement signed between EUROJUST and Montenegro →