On 24 and 25 November CILC organised a workshop on the role of the prosecutor and alternatives for incarceration for a first group of Montenegrin Basic State Prosecutors. This 2-day activity marked the first ever joint meeting between Montenegrin probation officers and prosecutors to discuss opportunities and challenges in strengthening the system of alternative sanctions. Prosecutors from 12 out of a total of 13 Prosecutor’s Offices actively participated in the meeting which focused on the information about the accused and the need to deliver tailored justice.

During the second part of the day, Ljiljana Klikovac, head of the Basic State Prosecutor`s Office in Podgorica presented on the role of the Montenegrin prosecutor and their relation to the other actors in the criminal justice chain. Dutch prosecutor Geertje van Roermund, also shared her experience of working with the probation in the Netherlands, focusing on her use of pre-trial advisory reports on the circumstances of the accused.

On day two, Geertje van Roermund disseminated an anonymised pre-trial report on recidivist shoplifting, including the Dutch guideline for penal demands for this crime. She invited all prosecutors to present the way they would handle this case, had it been on their desk. These presentations by Montenegrin prosecutors underlined the relevance of having independent information about the circumstances of the accused, and although such a task is not included in the current Montenegrin legislation on probation, the project team and its partners will keep advocating for its adoption.

CILC and its partner organisation, the Netherlands Helsinki Committee, plan to include additional meetings with Montenegrin basic state prosecutors in an intended Phase-II of this bilateral Dutch-Montenegrin project, which is funded by the Netherlands Ministry of Foreign Affairs. 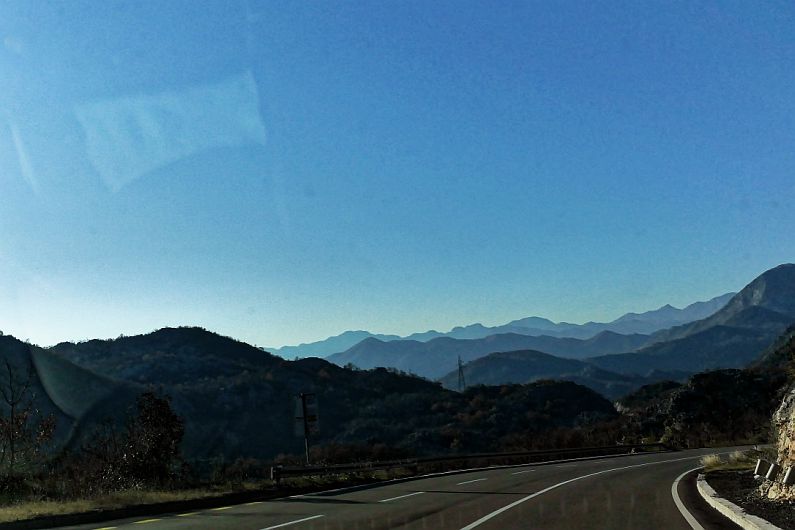 Mountain view on the road to Cetinje

All pictures courtesy of Leo Tigges