Increased efficiency, accountability and transparency of courts in Moldova

Contributing to the comprehensive reform of the Moldovan justice sector - This project was part of the EU justice sector support to Moldova, directed especially at sustainable reforms and at increasing the efficiency of the judiciary and justice sector agencies. It was one of three parallel technical assistance projects which focused on the functioning of Moldovan courts, the criminal justice chain, and the execution of sanctions (both civil and criminal).

This particular project aimed to improve the court system and had the following focus areas:

The direct beneficiaries of the project were various institutions and professions involved in judicial tasks and administration of justice: court administrators, senior officials and staff of the courts, the Superior Council of Magistracy, the Supreme Court of Justice and the Department of Judicial Administration of the Ministry of Justice, as well as judges. Other indirect beneficiaries, however, included any person or entity who becomes involved with the justice system, as lawyers, offenders or victims, plaintiffs or defendants, as well as the general public at large and all citizens and non-citizens who depend on the rule of law to protect their own and their family’s person and property, human and civil rights.

This project aimed to help implement certain parts of the Justice Sector Reform Strategy (SJSR) and Action Plan 2011-2016 of the Republic of Moldova, with the overall underlying objective of building an accessible, efficient, independent, transparent, and professional justice sector, and the particular aim to increase the efficiency, impartiality, accountability and transparency of the courts in Moldova. This project intervention fully acknowledged the commitment and also the already achieved progress of the Moldovan authorities in implementing the JSRS and understood the project as a tailored contribution to the fulfilment of this strategy. 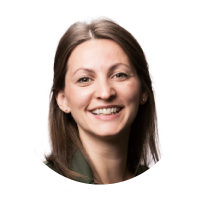