Introduction to the Netherlands for MENA diplomats -Training Programme

Training for recently appointed MENA diplomats based in the Netherlands to provide them with the necessary tools and resources to effectively carry out their deployment.

Diplomats are often the linking pin in the relationship between institutions of The Netherlands and the MENA countries they represent. They build bridges between countries and cultures, promoting peace and maintaining economic, political, and social ties. However, even for experienced diplomats, being new to a country can present challenges. For the diplomats of MENA countries in The Netherlands, it is therefore vital to be provided with training on Dutch culture, history, democratic values and fields of expertise, and the organisations active in these fields.

This training aims to provide recently appointed diplomats with the necessary tools and resources to effectively carry out their deployment in The Netherlands, as well as for their future deployments, thus contributing to a more peaceful society.

Alongside the Young Diplomat, CILC will train two batches of recent diplomats (approximately 20 per batch) from MENA countries based in the Netherlands.

Specifically, the objective is to help these diplomats of MENA countries in The Netherlands acquire knowledge on a range of themes, as well as offer them an introduction to a relevant network in The Netherlands. The themes addressed in the training are: 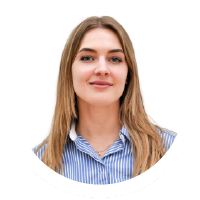