This project seeks to strengthen the rule of law in Ukraine, by providing support to several district and appellate courts in becoming more court-user oriented. 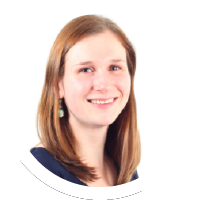