Strengthening the rule of law by focusing on Prison Services and Probation - This project aimed to increase the use of alternative sanctions in Montenegro for minor offenses. The ultimate intended impact of this project was to reduce overcrowding in detention centres and reduce the number of repeat offenders. This was done by reinforcing the probation service and other important actors in the Montenegrin criminal justice chain dealing with probation and reintegration of offenders, such as judges, prosecutors and penitentiary staff. 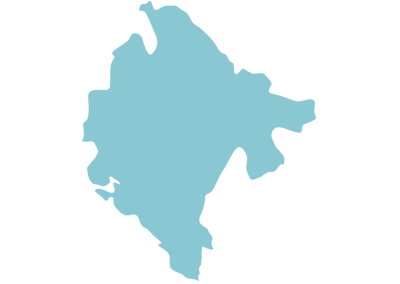 This project has been jointly developed by CILC and the Netherlands Helsinki Committee in Autumn 2013, and submitted to the Netherlands Ministry of Foreign Affairs for project funding under its programme on Cooperation with Pre-accession Countries on the Rule of Law (Matra CoPROL).

Matra CoPROL was the grants policy framework for the Matra (social transformation) programme on Cooperation with Pre-accession Countries on the Rule of Law (CoPROL) (Second Phase) for the period 2014-2016. The overarching policy objective of Matra CoPROL was to strengthen the capacity of government institutions in Southeast European countries (Albania, Bosnia and Herzegovina, Kosovo, Macedonia, Montenegro, Serbia) and Turkey with EU accession prospects to meet the political (Copenhagen) criteria, by means of partnerships with Dutch governmental and semi-governmental institutions on negotiation chapters 23 (Judiciary and fundamental rights) and 24 (Justice, freedom and security) of the EU acquis. The programme also promoted closer ties between Dutch government institutions and their counterparts in the target countries, particularly by strengthening these countries’ ties to the Netherlands and their appreciation of the Netherlands’ ‘strict and fair’ approach to EU enlargement.

The project focused on the following objectives:

The project had three complementary components. They reinforced each other and one component ccould not be successful without the other. These were:

A team of highly qualified experts worked with the Montenegrin stakeholders to achieve tangible results. A Dutch probation officer assisted his Montenegrin colleagues by providing tailored trainings and on the job coaching. Dutch and Montenegrin judges and prosecutors convened regularly to discuss the ways the judiciary can use and benefit from the probation service in administering justice, for instance by exploring the contribution of the probation service in the pre-trial and post-trial phases. 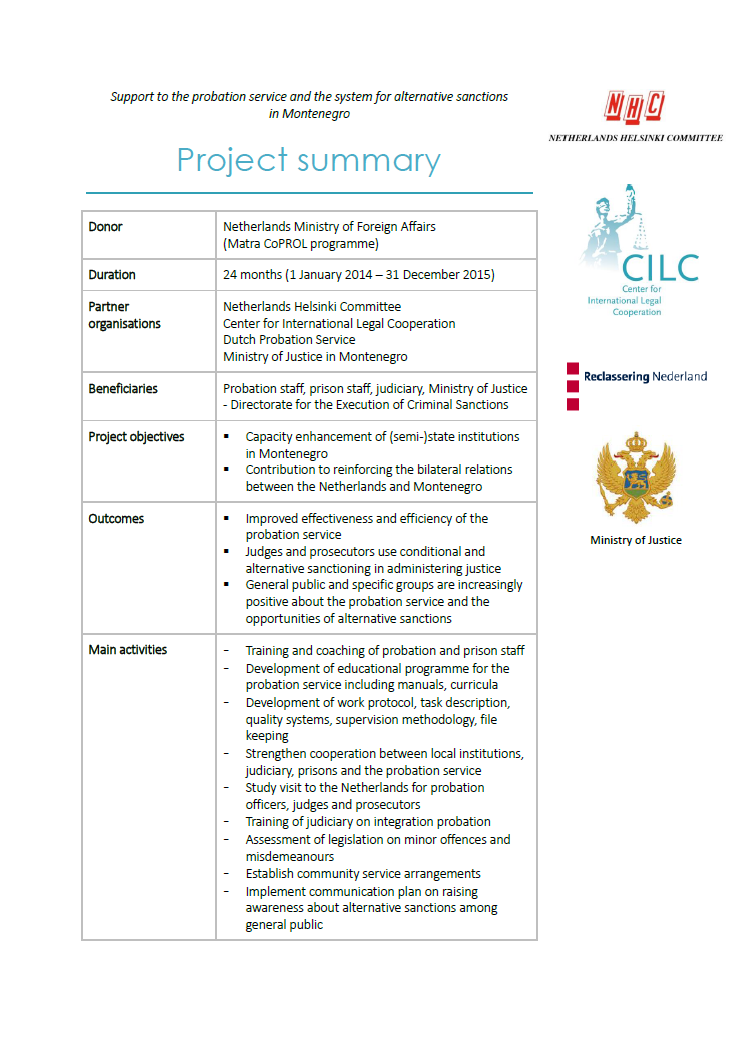 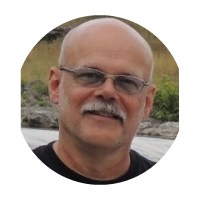 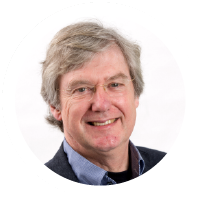