In May 2003 CILC was invited by the Ministry of Foreign Affairs to submit a proposal for a three-year “Rule of Law” project under the Theme-based Program for Development Cooperation. After adjusting the first proposal, in March 2004 CILC was granted funding by the Ministry for three years.

The Rule of Law Facility provided support for activities within the framework of the justice system reform programs of the countries enlisted above. Special attention was given to activities which were not part of larger donor programs but would make a valuable contribution tot the justice reform programs, and/or were in need of prompt and short-term financing.

During the second half of 2004 the programme’s activities started with identification missions to Mali (October) and Georgia (December) and a feasibility study on strengthening academic legal education in Indonesia (November). In March 2005 a new inception mission to Yemen took place. As a result of these different missions several project proposals were prepared. For Georgia the mission resulted in a project proposal on Contract Law. For Mali a start was made with a proposal for training of paralegals. The feasibility study for Indonesia was finalised and other proposals were prepared, amongst others for a project management training for a small legal NGO and for a commentary on Indonesian Criminal Law. 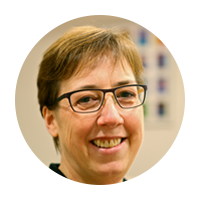