The Hague Rules on Business and Human Rights Arbitration

This project was initiated by the Business and Human Rights Arbitration Working Group, a private group of international practicing lawyers and academics, aimed to create an international private judicial dispute resolution avenue available to parties involved in business and human rights issues as claimants and defendants, thereby contributing to filling the judicial remedy gap in the UN Guiding Principles on Business and Human Rights.

Municipality of The Hague 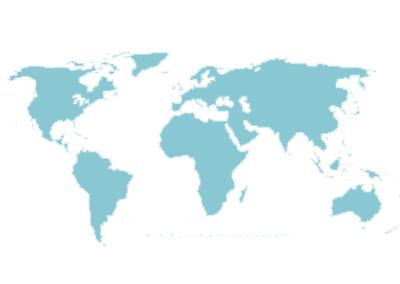 International arbitration holds great promise as a method to be used to resolve human rights disputes involving business. These disputes often occur in regions where national courts are dysfunctional, corrupt, politically influenced and/or simply unqualified. Parties to such disputes, generally multinational business enterprises (MNEs) and the victims of human rights abuse linked to MNEs, are in need of a private system that can function in these regions. Arbitration also has certain unique attributes that could serve the parties well even where fair and competent courts are available. In addition, arbitration can serve a useful tool to assist MNEs to prevent abuse from occurring in their supply chains and development projects.

The rules in use today for international arbitration were written without a focus on the special requirements of human rights disputes. Hence, changes were needed to ensure that, among other things, there is greater transparency of proceedings and awards, that numerous victims are able to aggregate their claims and that the arbitrators chosen are prominent experts in business and human rights matters.

To this end, this project has been aiming at the creation of an international private judicial dispute resolution avenue available to parties involved in business and human rights issues as claimants and defendants. The development of the The Hague Rules will contribute the judicial remedy gap in the UN Guiding Principles on Business and Human Rights.

The Hague Rules were launched on 12 December 2019 at the Peace Palace in The Hague.

The Working Group has created an international network of interested parties ranging from possible users, experts in human rights and arbitration, arbitral institutions, academics and relevant national and international governmental organisations. Moreover, the Working Group has engaged in the development of contract clauses providing for the use of business and human rights (BHR) Arbitration in supply chain contracts (after the project’s originator, Claes Cronstedt, named the Cronstedt-clauses).

The Working Group has been set up such, that the relevant fields of expertise engaged from the major regions in the world is represented. It is chaired by Prof. Bruno Simma (former Judge at the International Court of Justice and currently Judge in the US – Iran Claims Tribunal and PCA- and ISDS-arbitrator).

The Working Group, with the benefit of funding by the City of The Hague and endorsement by the Dutch Ministry of Foreign Affairs, and operationally hosted by CILC, has since the project’s inception served as the overarching body to design, monitor and hence effectuate the process towards the successful development and drafting of the Hague Rules and the promotion of their use, raising awareness and interest of relevant parties and serving as information and communication body for all relevant stakeholders.