OpEd // The EU must protect, not discard, Albania’s reforms 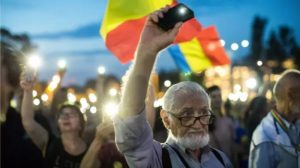 Barely noticed amid the European Union’s political debates over Brexit, migration and the fight against terrorism, a well thought-out reform agenda has been followed in the Republic of Albania, showing that it is possible to seed and grow confidence in the rule of law in a formerly totalitarian state.

Sadly, despite the key role of Dutch experts including my organisation in developing these reforms, the Dutch parliament has just ordered the government to block further progress in formal EU accession talks with the country. I understand the Dutch political pressures behind  this decision, but I can only regret the international implications and the likely repercussions in Albania itself. continue reading