The Hague // Return visit of the Indonesian Supreme Court

A delegation from the Mahkamah Agung (the Indonesian Supreme Court) visited The Hague between 13-17 April, marking the second Mahkamah Agung working visit to the Hoge Raad in the framework of the JSSP project. The cooperation between these two supreme courts revolves around improving the functioning of the 2011 introduced chamber system at Mahkamah Agung. The purpose of this particular visit has been to allow Indonesian Supreme Court justices to directly observe the everyday routine at the Hoge Raad, with emphasis on the structure and operation of the Hoge Raad chambers.

Mahkamah Agung started in 2011 with five chambers (civil, criminal, administrative, religious, military). Efforts have continued to further improve this structure. The visit of Netherlands justices to Indonesia in January 2015 showed that great progress has been made in a short time. It is however understood that the introduction of the chamber system is not only an organisational measure, but one entailing a different way of working, and especially a different way of working together. Such a new way of working needs time to take hold, as it touches on many aspects of daily work. 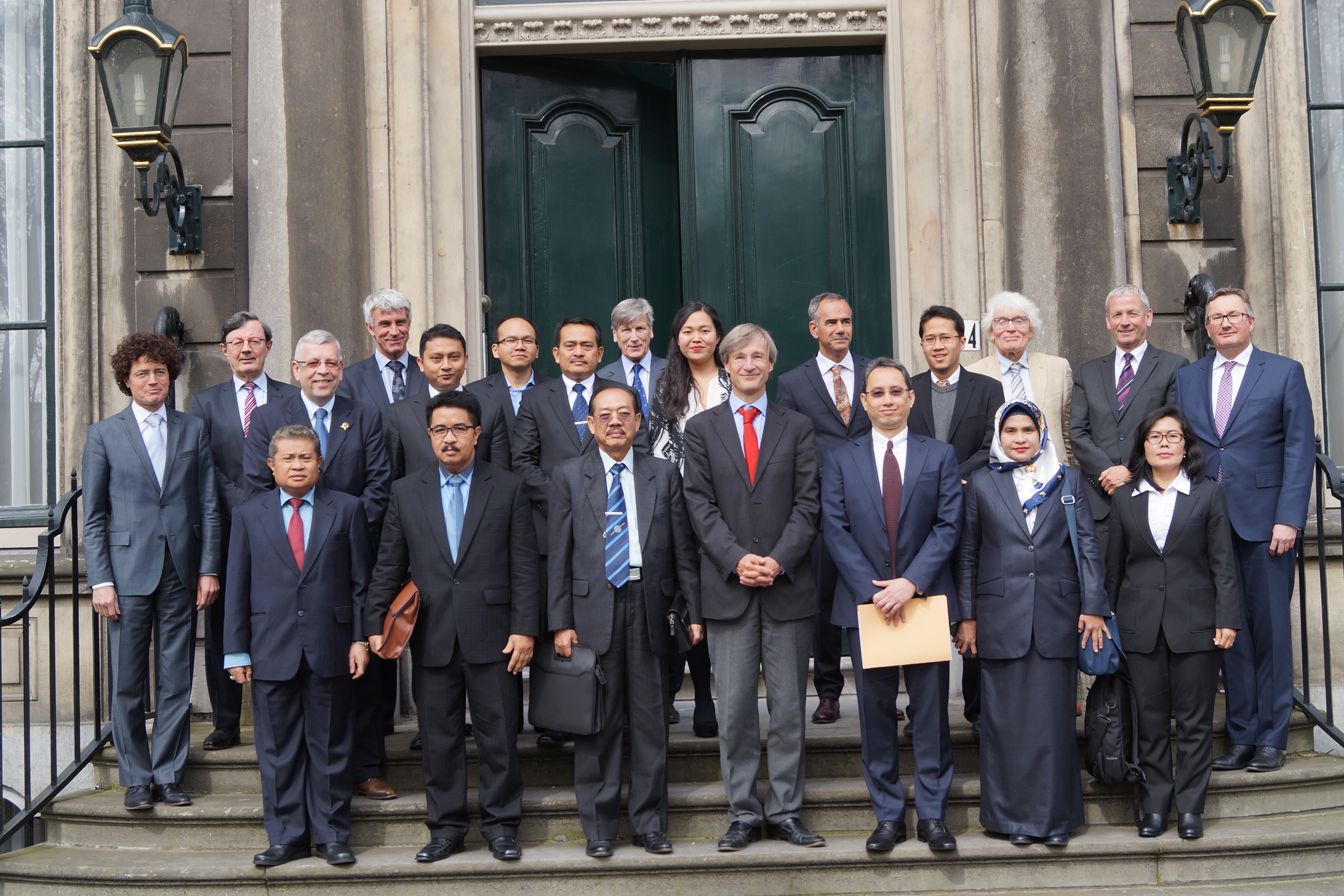 The Mahkamah Agung chambers convene fairly regularly and also discuss topics submitted by the members, which are often derived from concrete cases that have already been ruled on. Against this background, there is an interest among the Mahkamah Agung justices to become acquainted with the Dutch way of working, in which cases are discussed in advance in the chambers, in an effort to reach a joint opinion, without contradicting judges’ independence in formulating decisions.

This visit’s agenda was therefore structured to include discussions about judicial independence as well as consistency in the administration of law, with the aim of supporting Mahkamah Agung in establishing new intermediary objectives towards more specialisation, as well as increased efficiency and quality of decisions. The Indonesian delegation was able to attend the closed session discussions of the various chambers of the Hoge Raad. Topic discussions also included judicial review in criminal cases, the function of the Attorney General at the Supreme Court, as well as measures (such as reforms in case and knowledge management) that can be taken to address the high influx of new cases at Mahkamah Agung.