A delegation of judges from Moldova visited The Netherlands between 10 – 14 May. This is the first of two study weeks planned in 2015 in the context of Netherlands support to strengthening the Moldovan justice sector. 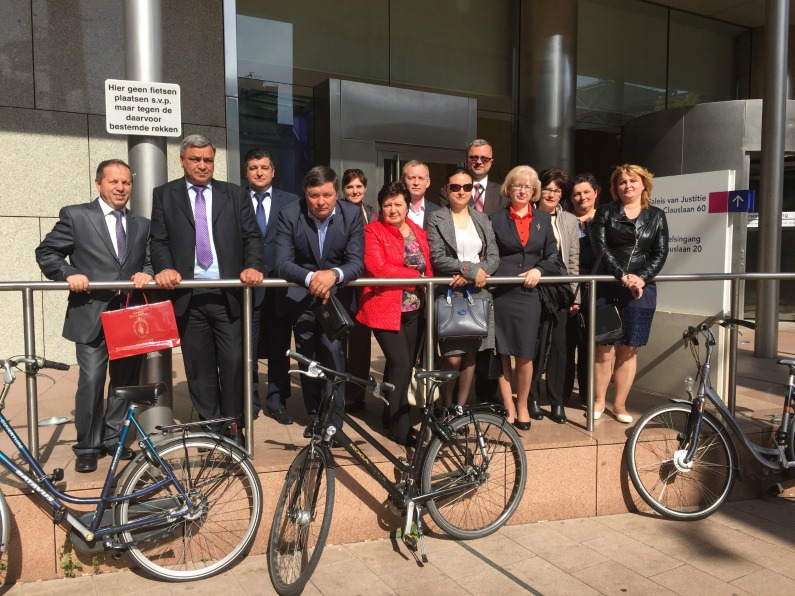 Cooperation between Dutch and Moldovan legal experts gained new momentum in 2014, when Dutch Minister of Foreign Affairs Timmermans reconfirmed to Moldova’s Prime Minister Leancă availability of support from the Netherlands to strengthening rule of law in Moldova. Consequently last November a new bilateral project was launched for cooperation between the Dutch and Moldovan judiciaries (i.e. courts and judiciary councils).

The project is designed to help with judiciary management and procedures which would lead to higher efficiency, quicker case handling and lower costs throughout Moldovan courts. These priorities were addressed during the study week, which also included discussions on the safeguards for judicial independence and the Dutch position in the Eastern Partnership programme.

The meetings with Dutch colleagues showed that both countries essentially face the same challenges in establishing feasible judicial production norms, tackling high workloads, ensuring quality and implementing disciplinary measures. It also brought to light subtle differences of perspective: aspects which in the Netherlands are viewed as “ensuring quality” belong in Moldova to the realm of “discipline”.

Issues of independence at individual and systemic level triggered lively discussions, also against the background of protecting the judiciary from political and undue influences.

The potential benefits and costs of innovation were also part of the agenda, such as Personal Appearance in civil cases in appeal[1].

Talks on pricing, planning and time management in the judiciary revealed a perceived link between Moldova’s input-based court budgeting system and its workload and quality difficulties. It also outlined possible remedial measures, including specialisation of judges, temporarily postings to courts with a higher workload, use of retired judges, and adjusting court procedures.

Insights gathered during the visit which require further discussion will be reviewed in the follow-up study week in Chișinău later this year. CILC will make sure that the latter is linked with the EU funded ATRECO project that targets the functioning of Moldovan courts, and other current initiatives in the Moldovan Justice sector. 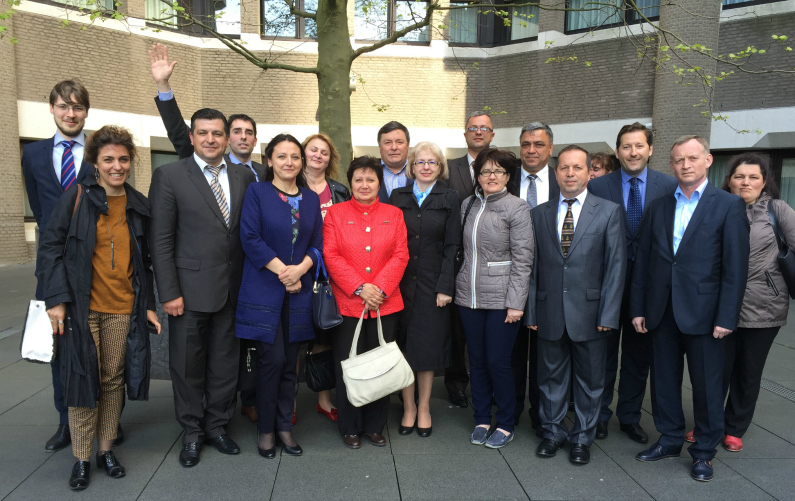 The visiting group consisted of senior justice office holders from Moldovan District Courts (Chișinău, Ungheni and Cahul), Courts of Appeal, and the Supreme Court. The delegation was led by Anatolie Turcan, justice in the Court of Appeal of Chișinău and member of the Superior Council of Magistracy. Victor Zaharia, director of the project partner Institute for Penal Reforms, also participated in the visit. The week programme took the delegation from the new CILC office in The Hague city centre to the Court of Appeal in The Hague, the Moldovan Embassy, the Council for the Judiciary, the Ministry of Foreign Affairs, and the District Court in The Hague.

[1] PA is a way of case management introduced in 2007. It requires an active role of one single judge (not a bench) aimed at finding a settlement between parties. Its success rate was 50% in 2014.


Enforcement, probation and rehabilitation in Moldova