On Monday, 6 October, the Ambassador of the Republic of Albania to the Netherlands H.E. Ms. Adia Sakiqi-Vandecasteele, and the Netherlands Prosecutor-General, Member of the Board of Prosecutors-General, Ms. Annemarie Penn-te Strake, launched our Nuffic funded Tailor-Made-Training programme “Investigating methods in criminal proceedings” for Albanian prosecution officials in The Hague. 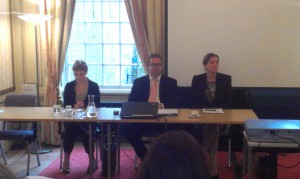 The participants of the training are prosecutors, legal advisors and judicial police officers in the General Prosecution Office of the Republic of Albania. Discussions during the first training week have focussed on criminal proceedings against organised and serious crimes according to EU standards, in particular in the fields of criminal intelligence and counter terrorism, forensics in criminal cases, cyber crime and asset recovery. The participants were also introduced to the Hague-based European institutions relevant in the sector, such as EUROPOL and EUROJUST. 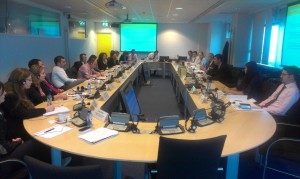 Mr. Kujtim Luli, Director of the Department of Research and Integration in the Albanian General Prosecution Office stated that all expectations on the Albanian side are being met with this programme and that participants considered the the topics to be of high relevance for their work.