One of the aims of the regional IPA2014 funded project “International Cooperation in Criminal Justice: the Prosecutors’ Network of the Western Balkans” is to foster and strengthen the cooperation between the beneficiaries in the Western Balkans countries on the one side and the relevant European agencies for international judicial cooperation – in particular EUROJUST and the European Judicial Network in Criminal Matters (EJN) – on the other side. During the recent plenary of the EJN under the Dutch Presidency in Amsterdam, officially appointed contact points from the Western Balkans countries attended the meeting for the first time.

Between 4-8 July 2016, eight EUROJUST Contact Points from the ministries of justice and prosecution offices from Albania, Bosnia and Herzegovina, the former Yugoslav Republic of Macedonia, Montenegro and Serbia paid a visit to the Netherlands for a one-week training at EUROJUST in The Hague. The training was coordinated by the External Relations Team of EUROJUST and facilitated by the IPA2014 project. It combined theoretical with practical work sessions on cooperation between EUROJUST and EUROJUST contact points, data protection issues, cooperation between 3rd states and joint investigation teams (JITs). Several national members and representatives from various national desks shared their experiences with the EUROJUST contact points from the Western Balkans. This can certainly be called another milestone in an intensified partnership in the field of international judicial cooperation in criminal matters between the European Union and the Western Balkans. 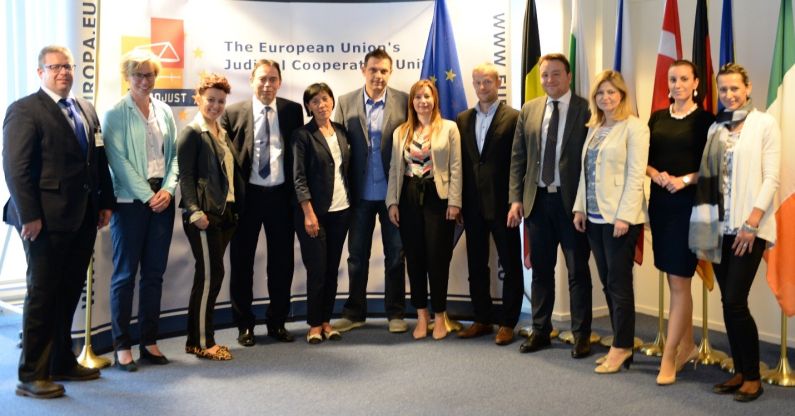