When the sky blesses friendship: CILC completes a regional training on legislation in Tunisia in the framework of the Matra South Training Program

CILC, in cooperation with the Academy for Legislation, organised  a third regional training on legislation in Tunis from 23 to 27 September 2014. 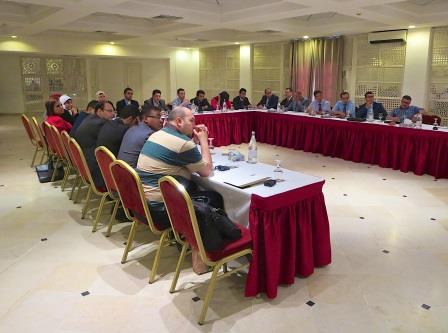 Honoring the adoption of the new Constitution of Tunisia on 26 January 2014, which marked a historic event in the process of democratic transition of the country, the first day of the training was devoted to that Constitution as a study case. For this sake, professor Kais Saed and professor Gazi Gherairi of the Faculty of Law of the University of Tunis and Justice Faouzi ben Hammad, the First President of the Administrative Tribunal, lectured the group about the provisions of the Constitution and discussed various of its articles and specific issues.

During the remaining two days of the training, the participants held presentations on their approach to the back home assignment which they got in The Hague and had to prepare in their countries. The assignment induced the participants to apply the so-called Integrated Assessment Framework for policy and legislation and adapt it to their local context. This resulted not only in a lively discussion amongst the participants but also between them and their Dutch trainers who debated with them on serious technical legislative and legal issues.

Next to being a rewarding technical exercise that is complementary to the training conducted in June in The Hague, the training in Tunis contributed a great deal to the team building. While sharing information about the systems of their countries and the good practices in the region, the participants also had much fun and joking together. The visits to Sidi Bousaid and the city of Tunis added to the joy and friendship and strengthened the family feeling. A feeling that culminated in a very emotional farewell with the participants hugging each other in tears.  “Even the sky is crying for our farewell” said a participant while the first rain of the season was falling to bless the moment and the country after an unusually long hot and dry period. 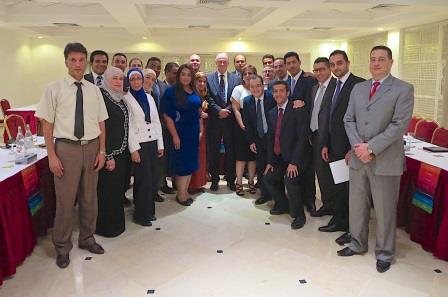 The Group with HE Ambassador Hans van Vloten Dissevelt

The Matra South Training program is a program that is funded by the Netherlands Ministry of Foreign Affairs and which aims to support democratic changes in the Arab region and a sustainable transition towards upholding the rule of law and respect for human rights. For more information please refer to www.matra-south.nl

Matra  South Training Legislation 2012-2014 has been implemented by CILC, in cooperation with the Academy for Legislation.

Access to justice Alternative dispute resolution Alternative sanctions / detention and probation Asylum and migration Civil and commercial justice Communication Criminal justice Enforcement Family law Fundamental / human rights Integrity and fight against corruption International judicial cooperation Judiciary Justice system reform Law enforcement Legal aid Legal education Legislative drafting Other Policy relevant research Public / administrative justice
WP to LinkedIn Auto Publish Powered By : XYZScripts.com
We use cookies to ensure that we give you the best experience on our website. We assume that you agree with our use of cookies if you continue to navigate cilc.nl.OkRead more