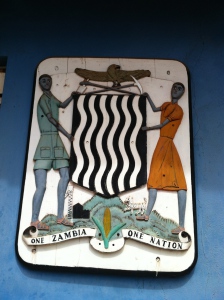 Between February and November 2014 an identification and formulation mission was carried out in Zambia for support to justice delivery under the 11th EDF. Servaas Feiertag was one of the senior experts on behalf of CILC in this programme.  The overall mission was coordinated by the EU Delegation in Zambia.

The goal of the mission was to analyse and propose a new programme to strengthen the efficiency and effectiveness of the Zambian justice sector, with attention for citizens and their access to justice (a topic already receiving attention from various donors).

The missions included a number of field visits to the provinces of Zambia, in which the expert teams could see how the justice sector functions in practice. Servaas Feiertag traveled to the Northern Province and visited local justice institutions such as a prison, police stations, courts, legal aid providers, as well as a number of civil society organisations.

It is common to discuss topics such as technical and resource issues, which obviously do present challenging conditions throughout the justice sector. It is important to have such meetings, but often one can learn a lot from seeing the justice institutions in action. Sixteen criminal cases were attended at the subordinate court and an important feature of all the cases was that none of the defendants was represented by a lawyer or received any other type of legal assistance. Some of the defendants seemed to struggle to understand the questions and court proceedings and their answers gave the impression that they did not know their rights very well.  Zambian citizens in theory have access to legal aid in both civil and criminal justice, but in practice the demand is higher than the available capacity. This leaves many citizens without legal assistance.

Later interviews with representatives of the local justice sector all confirmed this picture. The insufficient capacity was mentioned, but also as part of a bigger problem that the Zambian education system does not produce enough lawyers to meet the demands of society. In short, several people indicated that in criminal justice this easily could lead to people being convicted for crimes where the actual evidence may not be that strong or even weak, but still may end up in prison with long sentences.  In civil justice it would actually be less visible, people would simply not be able to challenge government decisions.  Obviously, these are all factors that weaken the rule of law.  It must be said that local justice institutions were not avoiding the topic and actually expressed that they thought it would be better if this were addressed.

Recently the Dutch government announced that it wanted to reduce spending on legal aid and legal assistance and also plans to increase court fees with the main objective to save funds. Even though the situation in Zambia and the Netherlands are very different, it nevertheless made me think that it would be a pity if legal aid and assistance would become weaker and maybe should be seen more as an investment than as a cost.

Support to justice delivery in Zambia

Support to justice delivery in Zambia